I recently returned from my first speaking engagements of the year at the 2013 Denver Fly Fishing Show and the 2013 Western Idaho Tying Expo hosted by the Boise Valley Fly Fishers.  Both events were well attended.  In between my speaking and demonstrations I had a chance to catch up with a number of friends who I hadn’t seen in a while.


The Denver show ran from Friday January 4th through Sunday January 6th.  This was my first time at this event and the interest in stillwater fly fishing was both impressive and overwhelming.


When I wasn’t giving my Going Deep-Strategies for Sinking Lines presentation or providing a tying demonstration you could find me nestled at a table amongst the fly tyers.  My neighbour was fellow stillwater addict Richard Pilatzke.  Rich spent the weekend demonstrating a number of stillwater patterns including some of his unique foam adult damsel and dragon patterns.  Rich does well with these patterns on his local lakes. For the most part I don’t get the opportunity to fish dry dragons or damsels and his stories piqued my interest.  I hope to spend some time with Rich in the future and hopefully hook a few trout on some of his designs.


I also was fortunate to meet Juan Ramirez, known to many through his Hopper Juan blog. Juan is a contract tyer with Montana Fly.  He ties a number of innovative patterns and is particularly known for his foam hopper patterns including his namesake Hopper Juan and Hollywood Hopper.   Juan has an excellent blog complete with a number of instructional tying videos. His blog is one of my favorites.

I also spent some time with fellow authors Rick Takahashi and Jerry Hubka.  Rick and Jerry co-authored the bestselling book, Modern Midges.  If you ever wanted inspiration or to find a particular midge or chironomid pattern this is the reference you need.  I feel fortunate that Rick and Jerry included some of my patterns within their book.  Rick told me they are already working on another book project.  I am looking forward to getting my hands on it as soon as it hits the book shelves. 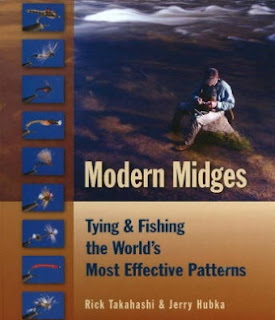 The Western Idaho Tying Expo ran from Friday January 10 through Saturday January 11th.  Over the course of two days over 1600 people dropped by to watch a number of local tyers, watch casting demonstrations and instructional seminars.  Good friends Pete Erickson, Jeff Currier and I provided a number of seminars and casting demonstrations.  Expo hosts, the Boise Valley Fly Fishers, kept us busy over the course of the two day event.

One particular highlight of this year’s expo was spending time including a few beers with ‘legendary fly fisher’ Hank Patterson and his trusty side kick Reese.  For those of you who don’t know Hank he provides a satirical look at the world of fly fishing.  Make sure you check out his You Tube segments.  At this year’s expo Hank helped and entertained onlooker with a Casting for Recovery fundraising event at the end of each day.

This is my second year speaking at the Western Idaho Tying Expo. I enjoy the atmosphere and enthusiasm of this event.  Hopefully,  if they will have me, I can return next year.


While in Boise, I provided an evening tying demonstration to the ‘Pinocchio Group’, a dedicated collection of fly tyers and fishers.  Pete Erickson provided ‘taxi’ services and we were treated to an enjoyable evening featuring great chili, home brew while I demonstrated some of my favorite stillwater patterns.

The Pinocchio Group namesake is a metaphor based on the story telling and subsequent fish growth with each passing tale most fly fishers are famous for.  After my presentation Pete and I were initiated into the group as we were provided with our ceremonial Pinocchio noses.  Although easy to put on it was difficult to tie anything close at hand as the nose blocked the view.  Now those who know me might think the nose in this picture was my real nose.  While I don’t have the smallest nose on the planet I can assure you it was a fake.

I am home for the next few weeks trying to catch up on some winter tying, an annual goal that I typically don’t meet.  Once February hits I am traveling once again with show and speaking commitments in Oregon, Washington and California.  Check my calendar to see if I am stopping by in your neck of the woods.

Well the holidays are done and dusted. The 2013 show season begins.

This weekend you can find me at the Denver Fly Fishing Show at the Denver Merchandise Mart.  I will be providing a number of stillwater seminars on Saturday and Sunday along with a tying demo on Saturday afternoon.  When I am not speaking or tying you should be able to find me amongst the tyers tables.  If you plan on attending the show drop by and say hello.  I should also have some of my DVD’s available too. 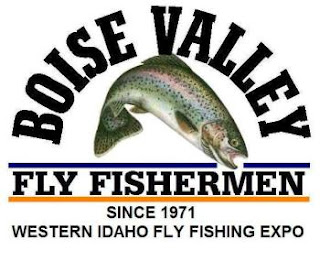 My next stop finds me at the Western Idaho Tying Expo in Boise, Friday January 11(10am-7pm) and Saturday January 12 (9:00-4pm).  I will be providing seminars and casting presentations during both days of the show.

One of the highlights of the Expo is the fundraising banquet .  This year’s banquet will be held on the evening of Saturday January 12th at the Red Lion Hotel.  The banquet provides a great opportunity for everyone to bid on a variety of items while supporting the Boise Valley Fly Fishers and their conservation efforts.

Stay tuned for a summary of both shows including any new products and gear you should be aware of for the upcoming season.

January is just the beginning of my 2013 show and seminar calendar.   I should have my website updated shortly outlining all of my seminar presentations and shows. So stay tuned.
Posted by Phil Rowley at 8:22 PM 1 comment: